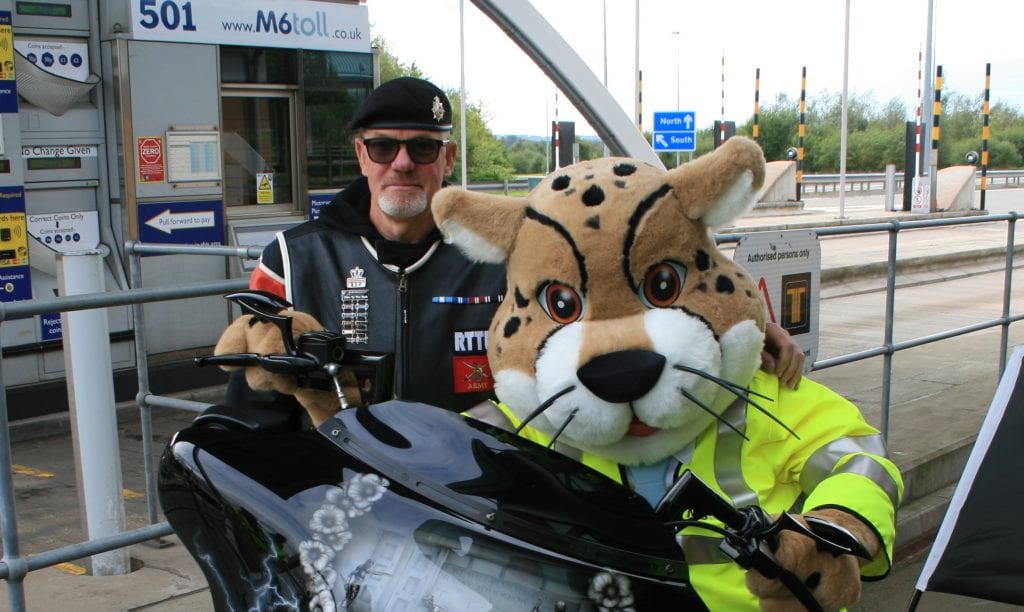 More than 2,000 motorcyclists are expected to steam through the M6toll booths free of charge next week as part of the Ride to the Wall.

The annual charity event attracts bikers from across the UK and overseas, all riding to the Armed Forces Memorial to pay their respects to serving and fallen service men and women and raise funds for the National Memorial Arboretum.

This year’s ride takes place on Saturday 6th October with bikers meeting at the NMA at 10.30am.

Andy Cliffe, chief executive of M6toll, said: “We have a long-standing commitment to the welfare of our local community and have proudly supported the Ride to the Wall charity since it started a decade ago.

“Once again, we are honoured to provide free passage to the participating riders travelling with the official groups on their inbound journey to the National Memorial Arboretum, enabling them to save more than £6,000 of toll costs.”

Motorcyclists will set off from seven different starting points across the Midlands, assembling at the NMA for an act of remembrance.

More than 2,000 registered bikes are expected to travel in official groups, accompanied by volunteer marshals, along the M6toll and through T4 (Weeford) and T5 (Shenstone) plazas between 10am and 11am.

All lanes at both plazas will show a green arrow to allow the Ride to the Wall participants to flow freely through. Police will also be present at Weeford Island to control the traffic lights, easing the passage of the riders on their way to the arboretum.

Martin Dickinson, Founder of Ride to the Wall, added: “The annual event raises considerable funds for the National Memorial Arboretum, so we are grateful for the support of M6toll in making this route affordable for all the bikers taking part.

“We have more than 4,000 riders registered for this year’s event and a team of volunteer marshals on hand to ensure a smooth and successful Ride to the Wall 2018.”

Anyone interested in supporting the Ride to the Wall charity can find out more at www.rttw.org

The National Memorial Arboretum is part of The Royal British Legion family of charities, which provides a permanent home to the Armed Forces Memorial. For more information visit www.thenma.org.uk