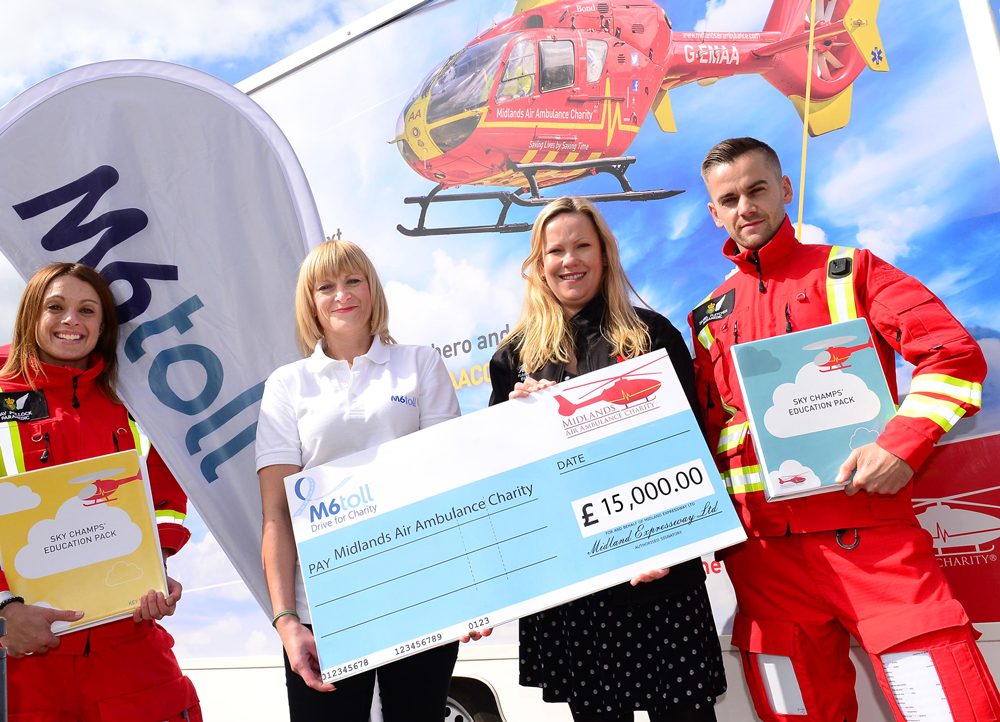 Britain’s only privately funded motorway has today announced that they will be continuing with their successful campaign to support a wide range of community projects, charities and voluntary organisations across the Midlands.

Unfortunately, with the outbreak of Covid-19, Midland Expressway Limited (MEL), operators of the M6toll, reluctantly made the decision to postpone the launch of their main Charity Partner scheme, which was due to see their online competition go live in March.

Andy Cliffe, chief executive of M6toll, said: “During these unprecedented and uncertain times, we took the decision to explore our options with our current Charity Partner until we are in a position to effectively communicate the scheme with other charities. We are delighted to announce that we will be extending our partnership with Midlands Air Ambulance Charity for an additional 12 months, helping them further the Sky Champs initiative, benefitting local schools.”

MEL will be continuing their support of the Midlands Air Ambulance Charity (MAAC) with a further donation of £15,000 through their Drive for Charity Scheme, partnering the existing Sky Champs educational campaign which offers engaging activities for Early Years and Key Stage 1 and 2 pupils designed in line with the national curriculum. The Sky Champs educational packs have become an invaluable resource for many families over the past few months with over 220 packs being distributed to aide those who have been home schooling.

As part of their on-going Drive for Charity campaign, MEL will continue to run with the current In the Community and On the Road schemes. Andy added: “In recent months we have seen an increase in appeals for help from local smaller charities and organisations who are struggling to cope with the effects of C-19 them being unable to carry out their usual fundraising activities and are having to respond to an increased need for their services.

MEL’s commitment to the welfare of our local community doesn’t end when people drive through the toll booths. They care about the towns and villages surrounding the motorway and their Drive For Charity campaign is designed to support them.

Throughout the year around £33,000 will be distributed through the scheme, with a further £3,000 set aside for charity appeals suggested by M6toll staff.

Nominations for monthly Drive For Charity in the Community funding can be made here.