Midlands Air Ambulance Charity has scooped £20,000 to fund its Sky Champs Education Programme thanks to an online public vote.

The lifesaving organisation polled the highest support from people across the region to be named M6toll’s Drive for Charity Partner 2019-20, with Staffordshire Wildlife Trust securing £8,000 as runner-up.

The funding initiative is part of the motorway’s £45,000 scheme to support a wide range of community projects, charities and voluntary organisations across the Midlands.

M6toll chief executive Andy Cliffe said: “Since the M6toll opened 15 years ago, we have donated more than £1million to regional good causes.

“We are delighted that the public got behind Midlands Air Ambulance Charity to vote them as our Drive for Charity Partner and we look forward to working alongside them over the next 12 months.”

The Sky Champs Education Programme offers engaging activities for Early Years and Key Stage 1 and 2 pupils through a series of free, downloadable resources.

Emma Gray, fundraising and marketing director for Midlands Air Ambulance Charity, said: “The M6toll has been a committed and supportive partner to the charity for 15 years, and we are truly grateful to them, and to everyone who voted for us, for the opportunity to further develop our Sky Champs Education Programme.

“Sky Champs has proven to be a vital tool in supporting young children’s education, bringing lessons to life with real examples from Midlands Air Ambulance Charity. As it is National Curriculum-based, lesson planning is simple, and classwork is both fun and engaging. Thanks to the support from M6toll, we will be expanding the programme to enable us to reach more schools within the six counties we cover.”

Staffordshire Wildlife Trust will use its £8,000 runner-up prize to fund a series of community engagement sessions, encouraging children and families to spend more time outdoors.

Shelley Pattison, senior community engagement officer (Tamworth) for Staffordshire Wildlife Trust, said: “We were thrilled to hear we had been shortlisted alongside so many other fantastic causes, so to win the runner-up prize has given us a great deal of pride.

“As part of our Wild About Tamworth project, we will use this money to create sessions for people of all ages in Tamworth to get them outdoors, be more connected with nature and to improve physical and mental health.

“The Wild About Tamworth project is now in its 15th year and has been supporting communities to look after their local green spaces since it launched. This funding will allow us to expand our engagement level in the area and we’re really excited about it.”

In addition to its charity of the year, M6toll also offers a monthly cash fund of up to £1,500 for local schools, sports clubs or voluntary groups through its Drive for Charity in the Community scheme. Applications can be made at 142.93.39.117/about-us/drive-for-charity

Andy Cliffe added: “We look forward to supporting many more local groups to make a positive difference along the route of the M6toll.” 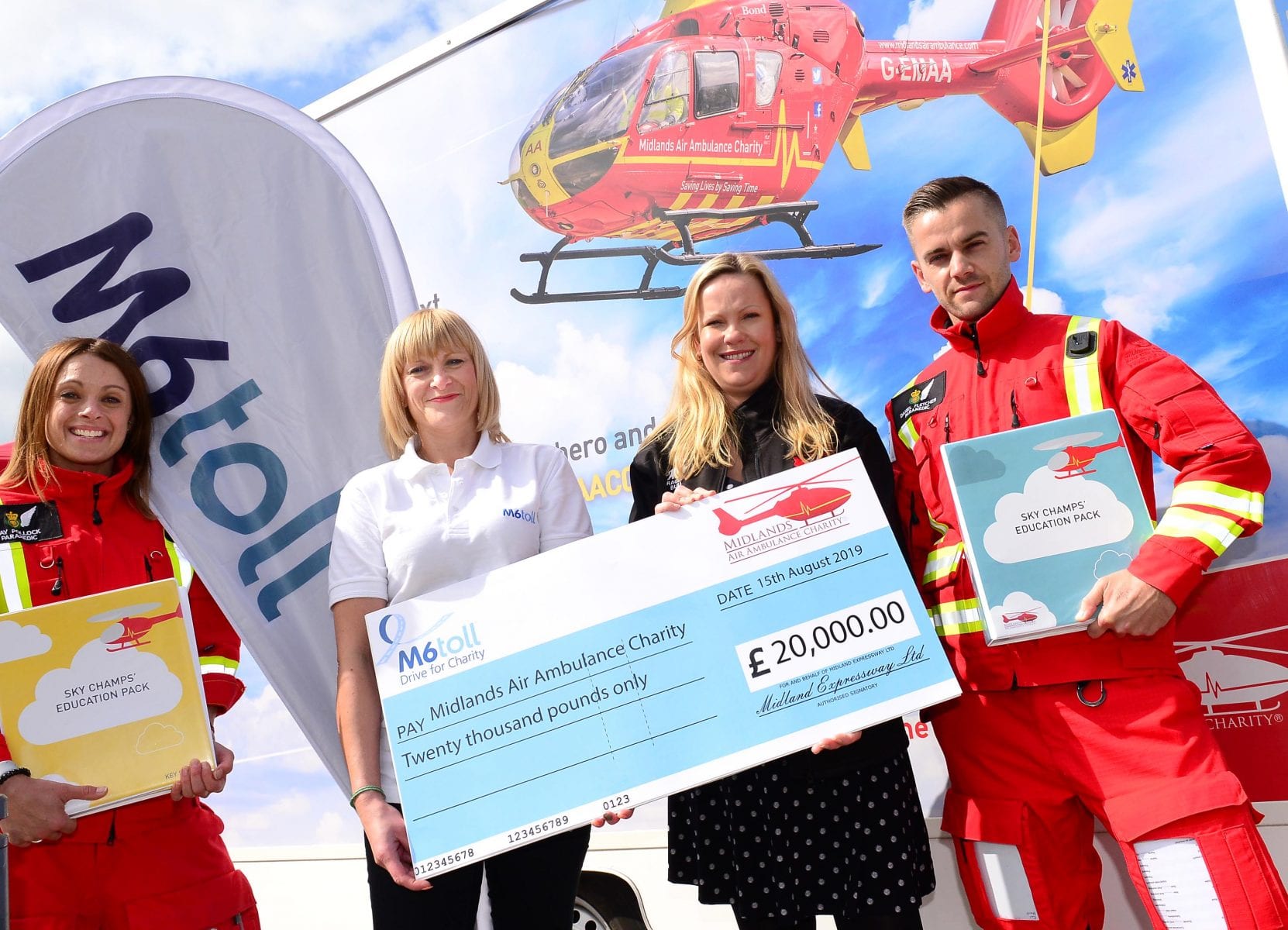 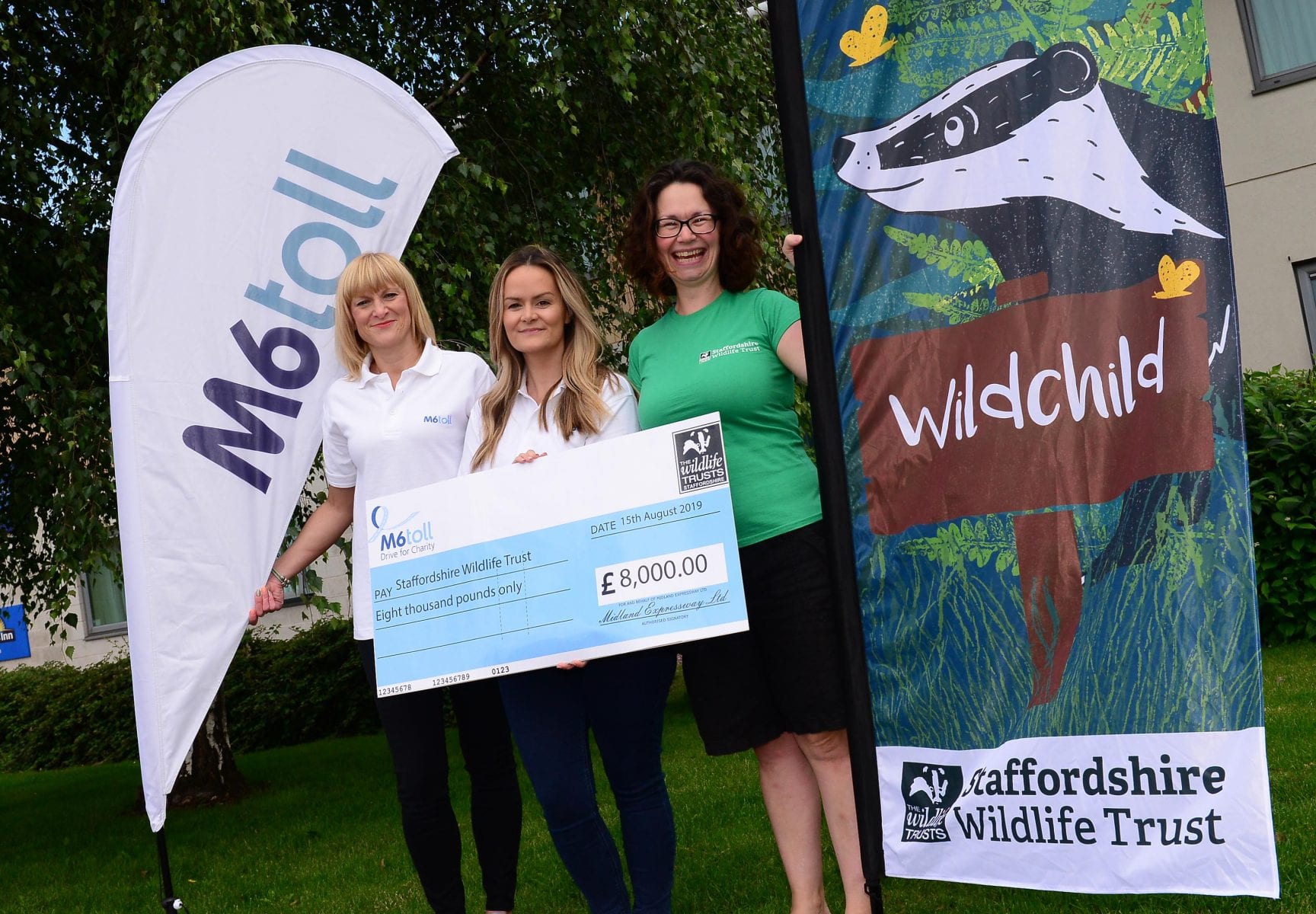