The UK’s only privately funded motorway is celebrating the 250millionth journey since it opened in 2003.

The M6toll, which stretches for 27 miles north of Birmingham, welcomed the milestone driver at its Weeford Junction plaza, close to Lichfield.

Regular M6toll user Rachael Davis, from Worcester, was surprised at the toll booth with the news and presented with a free M6toll TAG.

“When they stopped my vehicle, I thought I had done something wrong,” said Rachael. “I couldn’t believe it when they told me I was the 250millionth driver.
“I use the M6toll most days to get to work and back. It really cuts down on journey time and is so much more reliable and a lot less stressful than the alternative routes.”

Rachael, 45, will be able to use her new TAG for leisure journeys as well as the daily commute to her job as national account manager at Arthur Price in Lichfield, where she has worked for nine years, saving her time and money all year round.

Andy Cliffe, Chief Executive at Midland Expressway Ltd (MEL), operators of the M6toll, said: “We are absolutely thrilled to have reached the milestone of 250 million journeys on the M6toll and congratulate Rachael on being our VIP driver.

“Since it opened in 2003, the M6toll has been a driving force in regional economic growth, alleviating congestion and pollution, as well as helping drivers and commercial fleet operators to reach their destination ‘on time, every time’.

“Rush hour traffic can be frustrating and time-consuming. For those travelling through the West Midlands, the quickest way to make a difference for the past 15 years has been to use the M6toll, avoiding the congested M6 motorway and other local routes.”

The M6toll TAG is an electronic pre-paid device giving 5% off the cost of every trip on the motorway. Fitted to the car’s windscreen, the TAG is recognised by the toll booths, enabling vehicles to drive straight through on dedicated TAG lanes. 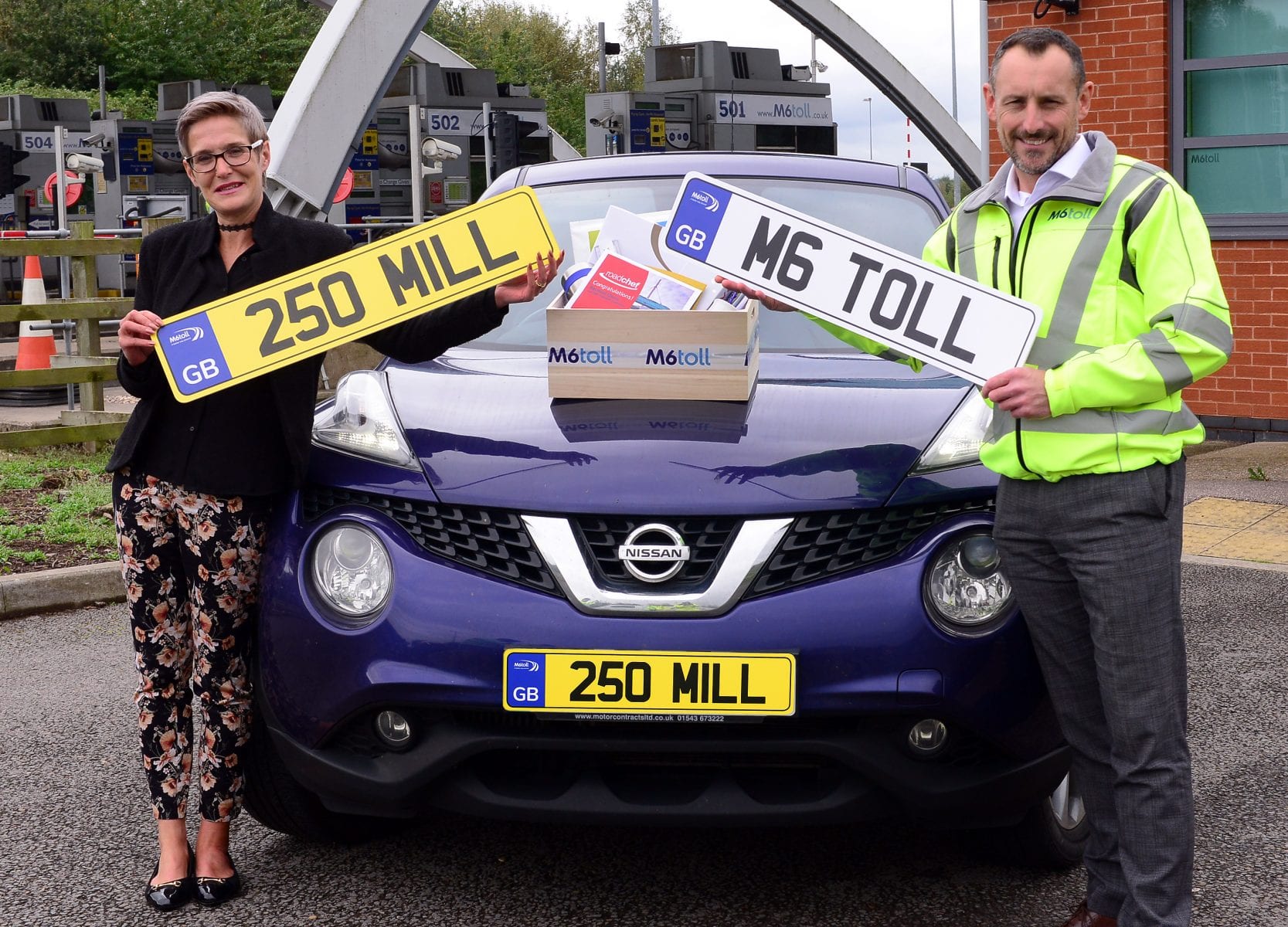