Toll road confirms continued support for Ride to the Wall 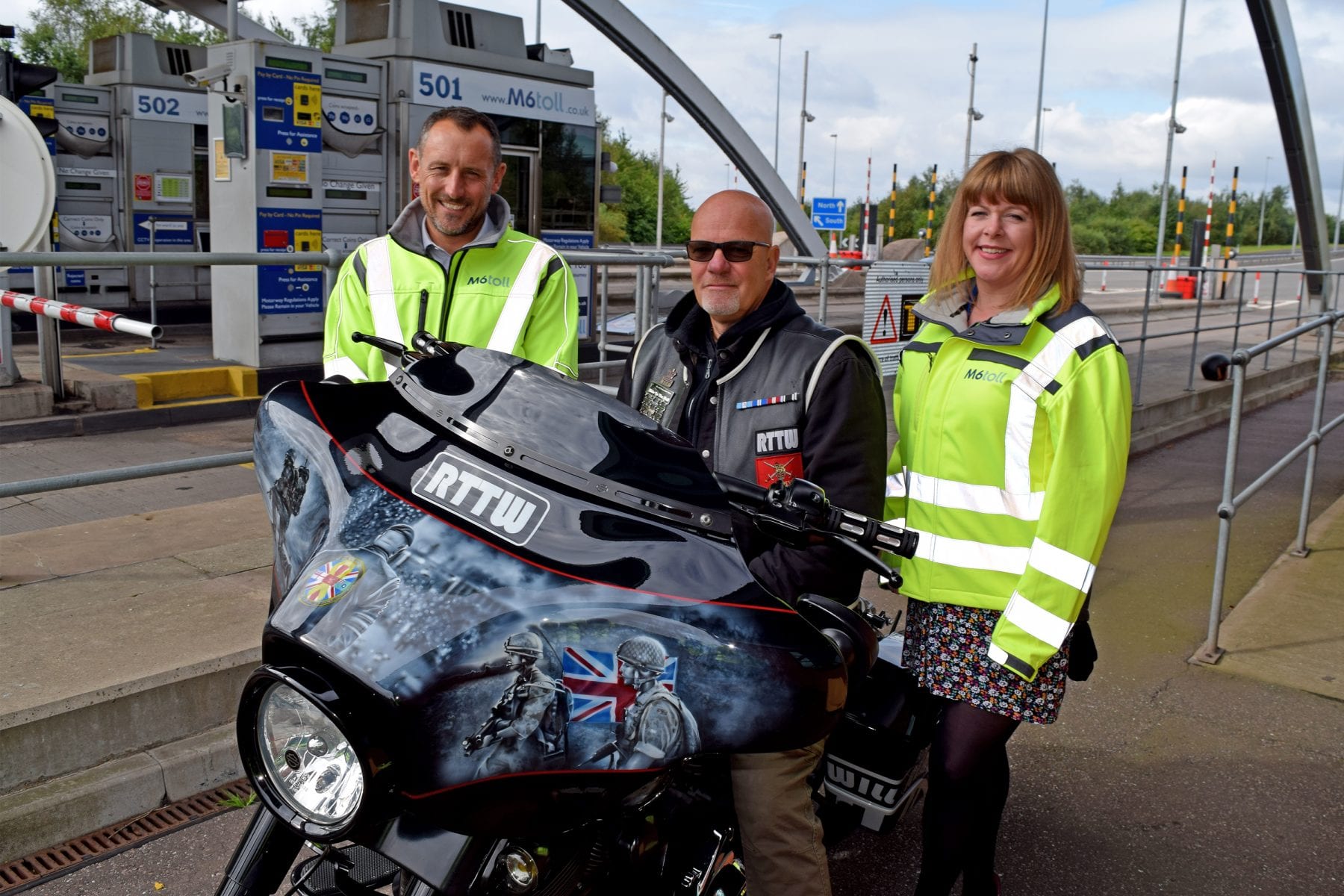 The M6toll has confirmed it will again open its toll barriers free of charge for motorcyclists heading to this year’s Ride To The Wall event.

More than 2,000 bikers are expected to stream through the booths on their way to the National Memorial Arboretum on Saturday 5 October.

The annual charity event attracts bikers from across the UK and overseas, all riding to the Armed Forces Memorial to pay their respects to serving and fallen service men and women and raise funds for the Arboretum.

James Hodson, Director of Motorway Operations at M6toll, said: “This is the twelfth Ride to the Wall, and we are proud to have supported the event every year.

“Once again, we are honoured to provide free passage to the participating riders travelling with the official groups on their inbound journey to the National Memorial Arboretum, enabling them to save more than £6,000 of toll costs.”

Motorcyclists will set off from eleven different starting points across the Midlands, assembling at the 150-acre site for an act of remembrance.

More than 3,000 registered bikes are expected to travel in official groups, accompanied by volunteer marshals, along the M6toll and through T5 (Shenstone) and T6 (Burntwood) plazas between 10am and 11am.

All lanes at both plazas will show a green arrow to allow the Ride to the Wall participants to flow freely through. The event organisers request that riders do not exit at T4 (Weeford) to avoid congestion at the traffic lights.

Martin Dickinson, founder of Ride to the Wall, added: “Last year’s event raised £151,000 for the Arboretum, so we are grateful for the support of M6toll in making this route affordable for all the bikers taking part.

“We have more than 4,000 riders registered for this year’s event and a team of volunteer marshals on hand to ensure a smooth and successful Ride to the Wall 2019.

“The route for riders using the M6toll has changed slightly this year, to prevent delays at Weeford, so we are asking all participants to familiarise themselves with the new routes and follow instructions from our marshals to ensure everyone arrives on time and safely.”

Anyone interested in supporting the Ride to the Wall charity can find out more here.

Sarah Oakden, Head of Marketing at the National Memorial Arboretum, said: “Ride to the Wall is a unique commemorative event and we are continually grateful to its many participants for their support for the Arboretum. As a registered charity we rely on the generosity of the public to ensure we can remain a free to enter site.

“Putting on the event each year requires a huge logistical effort and we’re delighted that M6toll are once again assisting by waiving tolls for registered participants as they travel to pay their respects and raise funds to support our site.”

The National Memorial Arboretum is part of The Royal British Legion, and home to more than 380 memorials, including the Armed Forces Memorial. For more information visit.

The M6toll runs for 27 miles, from Junction 3a on the M6 all the way round the North East of the West Midlands, re-joining the M6 at Junction 11a. The road has an exemplary safety record and is equipped with emergency telephones, 24-hour CCTV monitoring and mobile Incident Support Units.

Details of community and charity support work undertaken by M6toll under its Drive For Charity programme can be found here.